The ship pulls in around 7 AM. Most of the time we are docked in cargo ports – not that attractive but interesting to watch the containers being loaded and unloaded.

Our tour today is called Coffee experience & Sights of Cartagena. We thought this might be interesting as we were here in 2012. What a difference 7 years can make! The city has been cleaned up, no signs of military with guns and trash is gone. The street vendors are everywhere as you would expect. First stop is Castillo San Felipe – the old fort that protected the city. Last time we walked up the ramp, this time, just some pictures. Yep, Panama hats for sale. 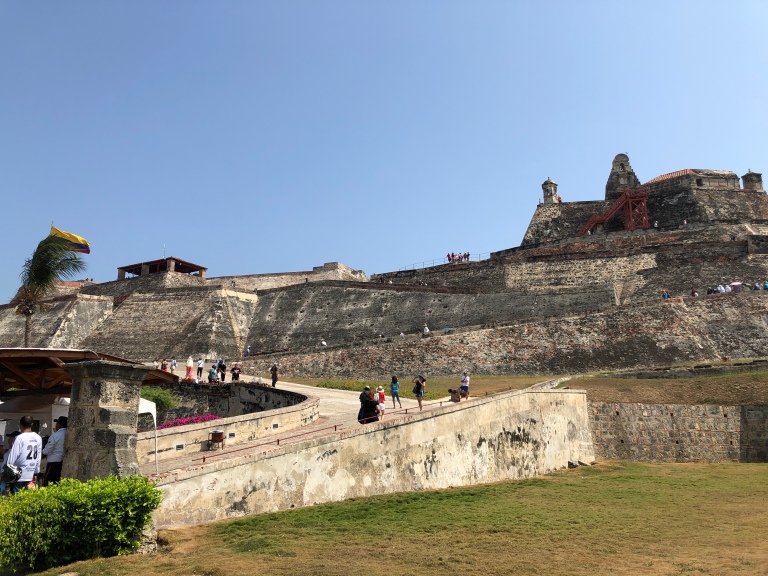 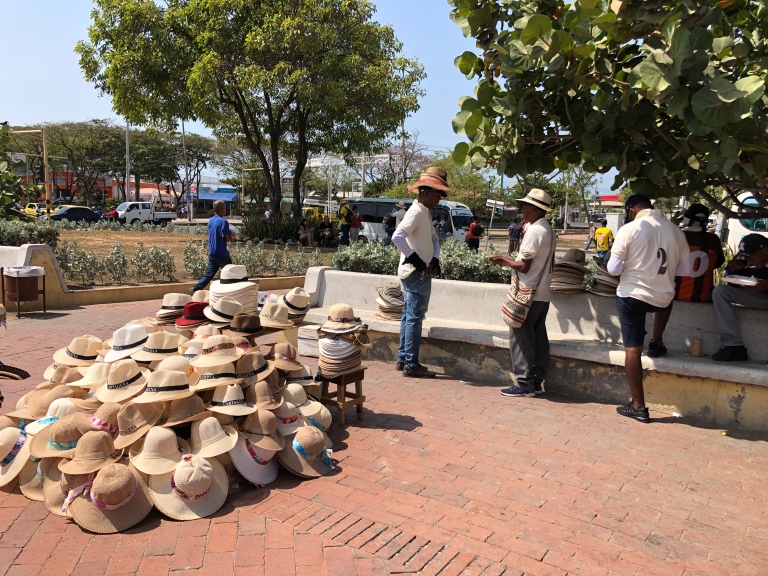 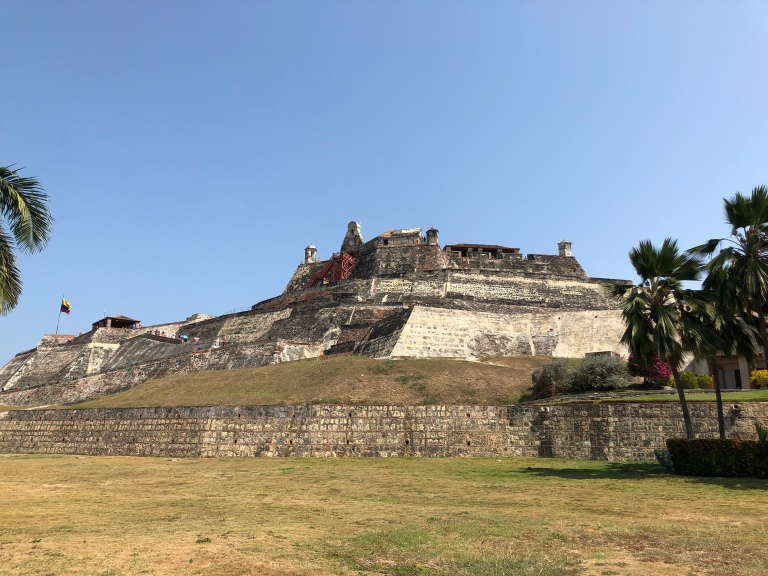 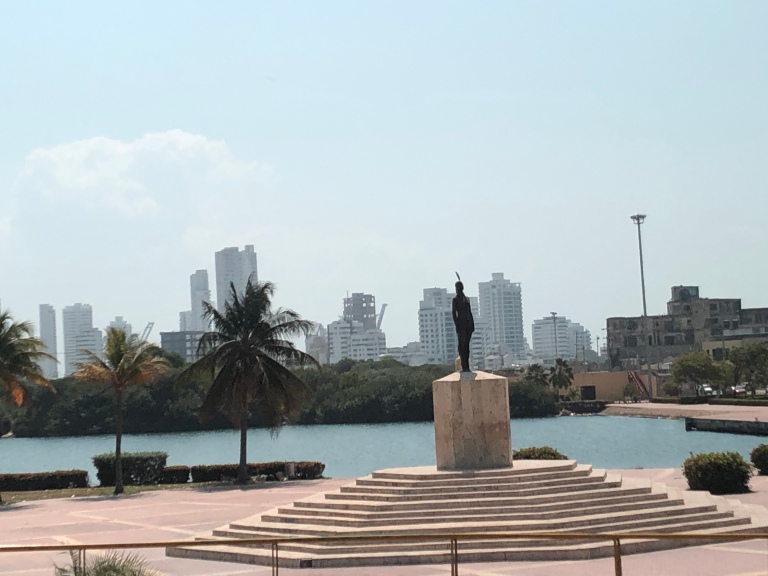 Statue of Indian Princess Catalina – Learned to speak Spanish and became a leader of her people. More to the story but I can’t remember.

The bus enters the old walled city which is now a UNESCO world heritage site. 9 kilometers of the wall are still around this section of Cartagena. The first building below was a convent and is now part of the university. More pictures of typical street scenes and architecture – lots of large wooden doorways.

An enterprising man – hand made horns to purchase – this was the most unique of all the trinkets for sale – nope didn’t buy one.

Walking through the streets of cars and people – reminds us of many of the old cities around the world.

Our coffee experience is located in a beautiful old building that was once a Seminary, then a school and now a banquet facility where meetings, weddings and other types of events are held. Very large photographs of Cartagena women in traditional dress are found throughout. 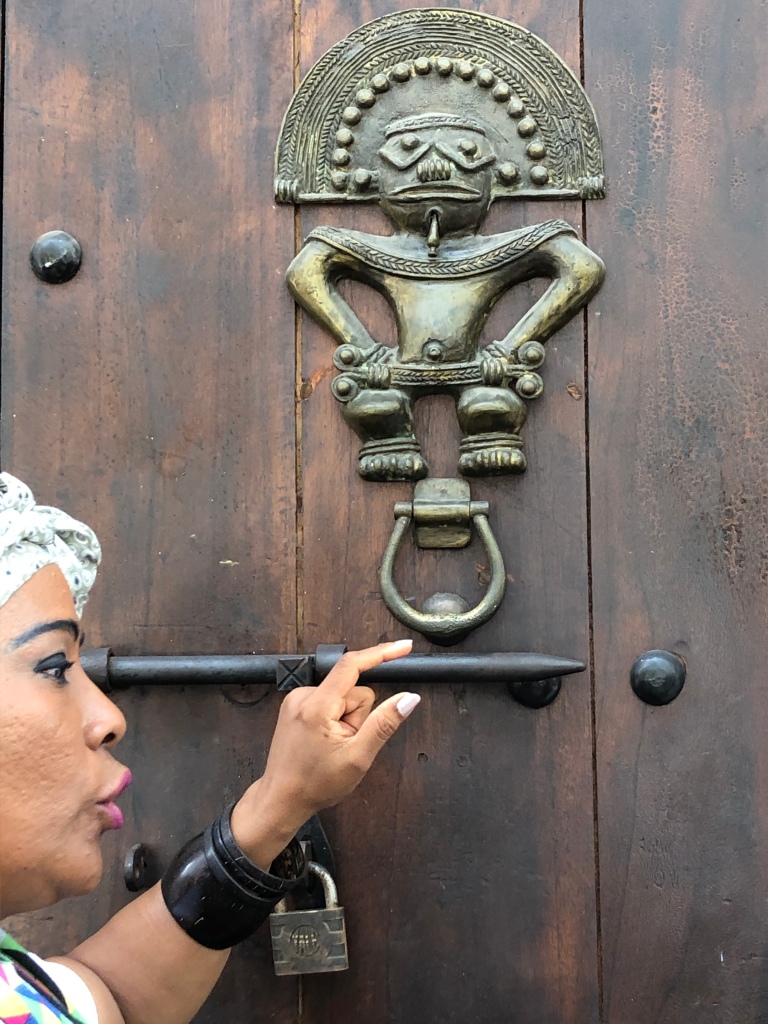 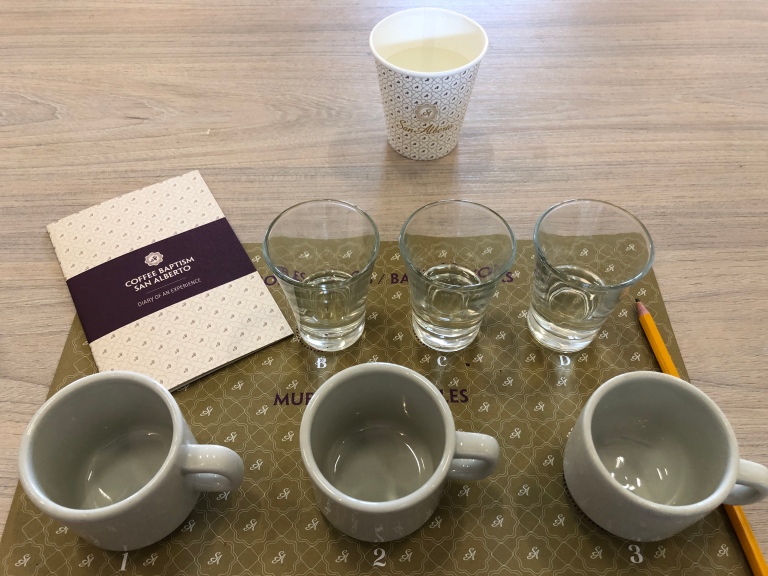 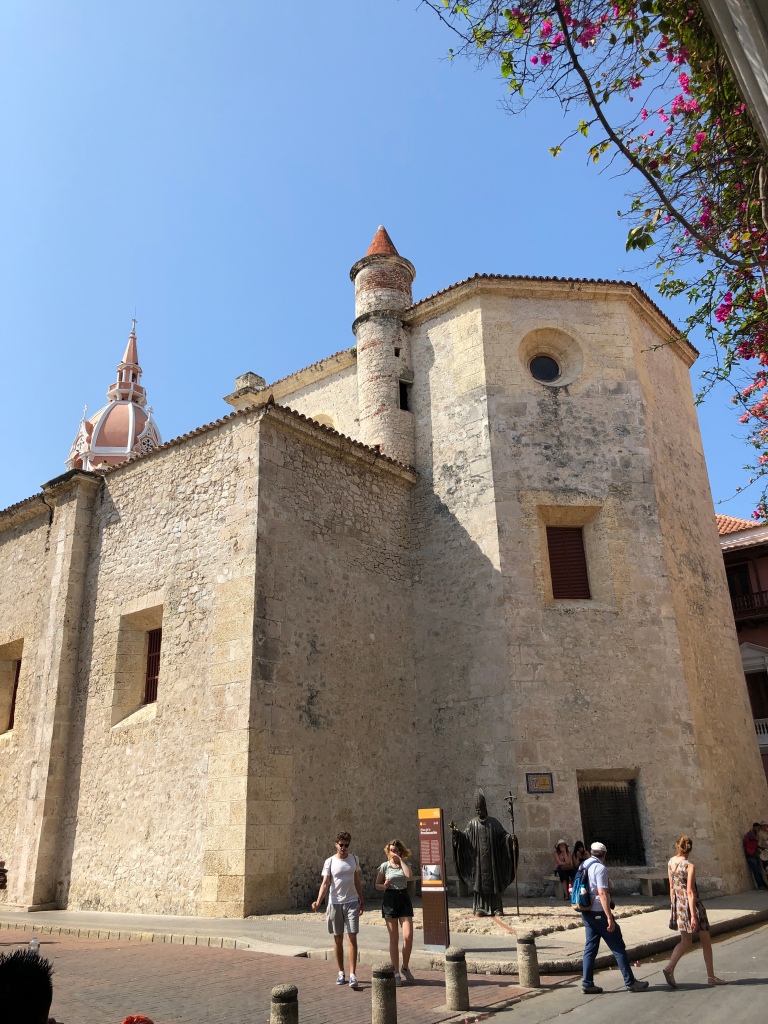 After the coffee tasting more wandering around the old city. Lots of history here. Of course, you can also pay $1.00 to take a picture with one of the local women hanging around the city. Support the local economy. 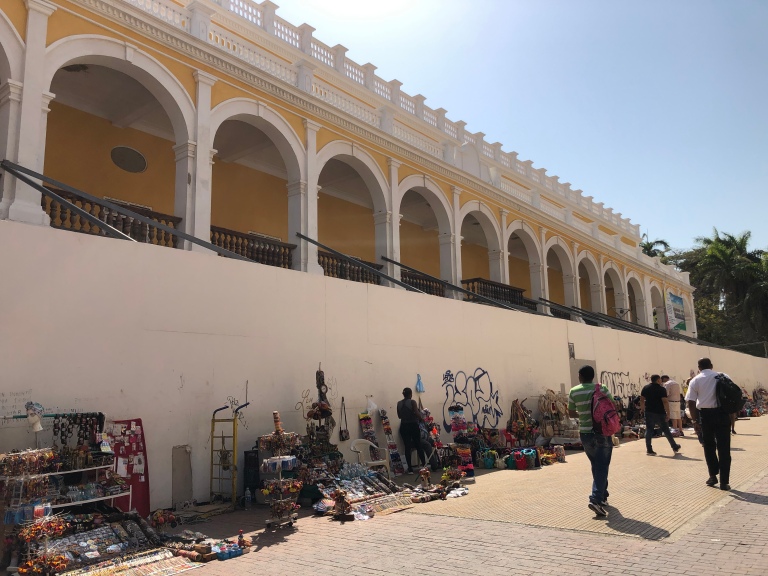 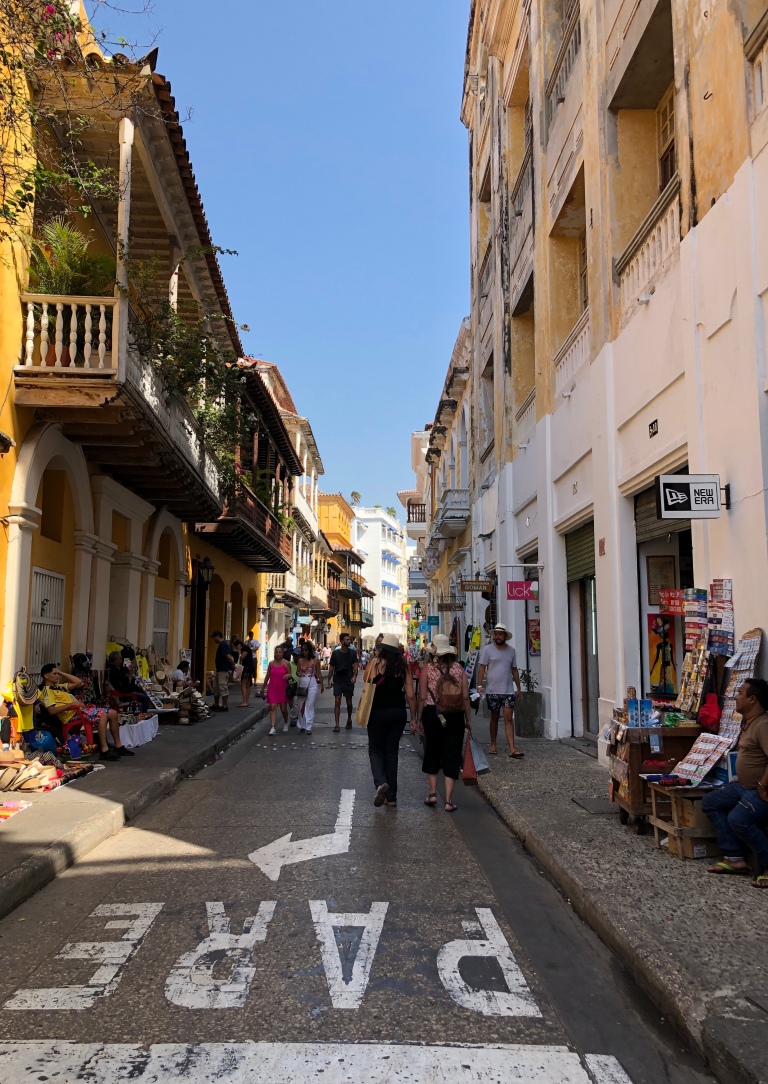 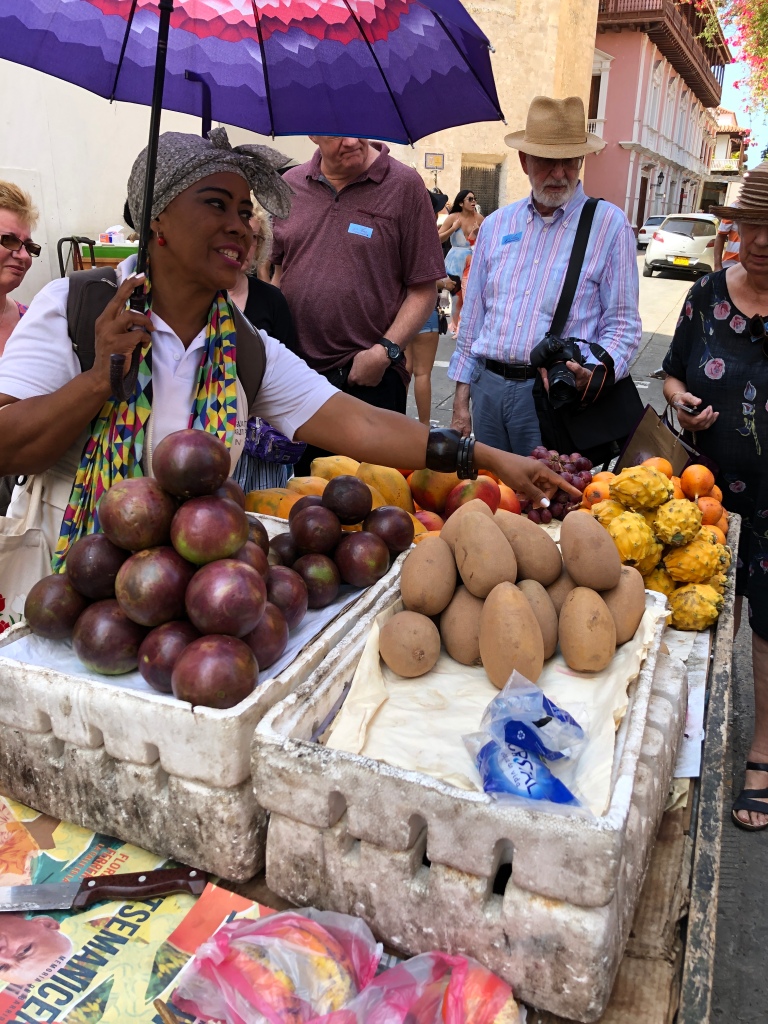 We were given an Important Travel Advisory flyer in our room last night. It made us wonder whether we should go into the city. It is so seemingly safe and clean compared to the last time, we were pleasantly surprised at what a lovely city it has become. Yes, there is poverty and we weren’t exposed to it nor to the military presence which is probably intense in certain sections. Thankfully, we are safely back not the ship with a coffee buzz.

Tomorrow we will be transiting the Panama Canal. It takes 8 hours! See you in the Pacific Ocean.