Our first full day on the ship, exploring and re-learning port and starboard sides. It almost feels like a Disney experience to us – ‘Welcome Home.’ Some things have changed on the ship and some have remained exactly the same. All good for our life these upcoming months.

What we’ve learned so far – 1,550 are on the ship as we sail away from Ft. Lauderdale. 800 are world cruisers – the most ever for Queen Victoria. What does this really mean? We begin to learn today. The average age is probably closer to ours and not so many 80 and 90 year olds. This means the gym is very busy (had to wait for machines and weights!), the lectures and the concerts are also well-attended. Also noted the Lido Buffet is busy later in the morning – not at 6 AM; and of course – don’t forget the hand-sanitizer. 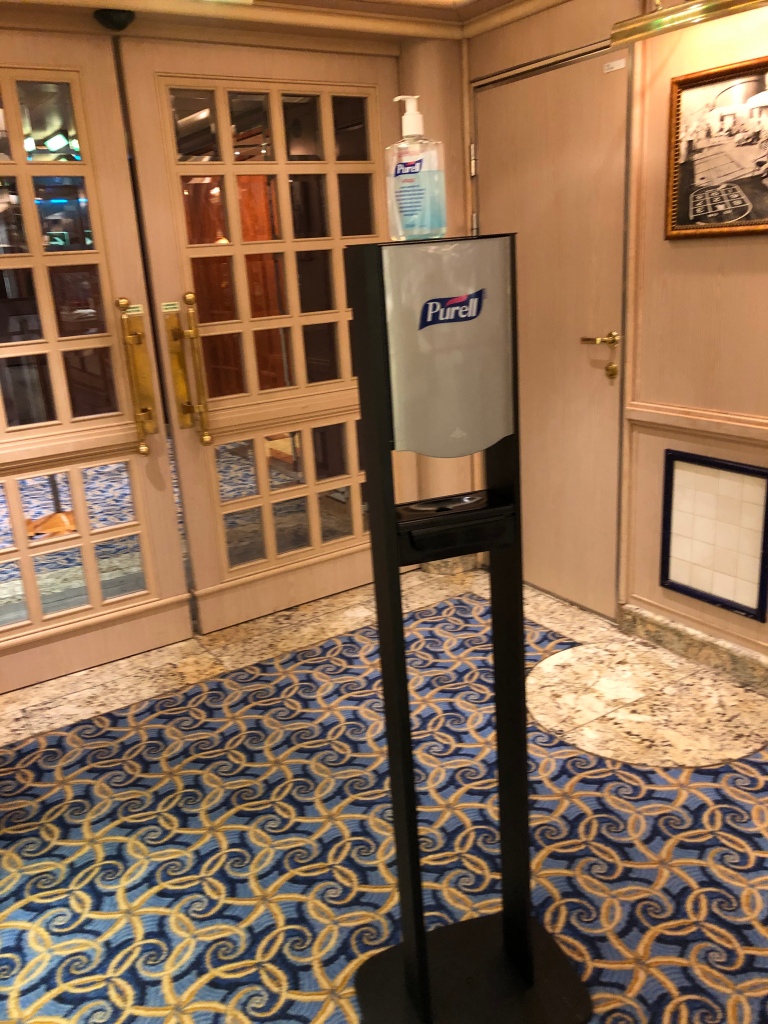 We prefer to walk the deck early morning. This morning the ship entered the “Old Bahama Channel.” Fairly high seas with lots of wind – right now 52 knots. This made walking the deck a challenge with salt spray and winds that almost pushed you over when you turned the corner. Still worth it! Love the sea! Funny thing is my Apple Watch recorded my walk as almost 12 miles when actually we walked just over 2.3 miles based on the deck scale. Steve’s Garmin watch was more accurate.

Note the barf bags have appeared in the hallways – seas are suppose to become even rougher tonight!

The lecture we attended today was a presentation by Jim Jarvis OBE, formerly employed by the Border Force, United Kingdom. His focus today was on “Investigating Drug Trafficking – The Early Years.” He told stories about drug detections at airports, ports and freight depots in the UK. Fascinating. More to come later this week about his experiences.

Afternoon Classical Concert (to a packed house) was the Opera Angels performing various music from Mozart, Bizet, Rossini and Schubert. Quite good. They also sang Leonard Cohen’s “Hallelujah” to mix things up.

Now truly relaxing before dinner this evening as the ship cruises along the northern coast of Cuba. Reading our invitations that arrived for events coming up and writing this blog. 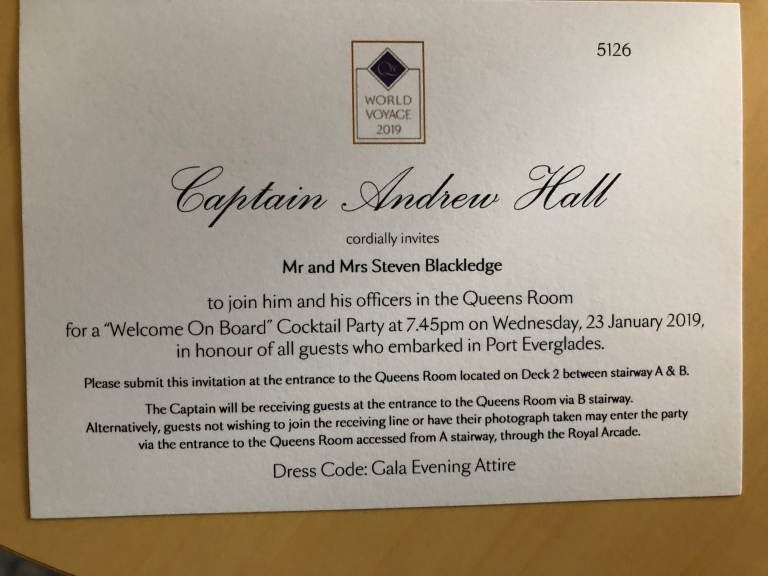