We finally made it to South Africa after disrupted plans two years ago. The only person missing is our friend Judy! As the ship pulls into the port in the dark, we prepare for our early morning tour. We have to fulfill the immigration requirement at each port. Here, we have to show our passport to a person before we can leave the ship. In line by 7 AM, and finally through the process by 8 AM. Then, a crazy port situation – not enough room for the many buses taking people on tours. They are only allowing 4 buses at a time, so once we are off the ship, we wait for the bus. On the road by 8:45 am.

The tour takes us on the major road out of Port Elizabeth, running along the ocean – city on left, ocean on right. We catch a glimpse of their clock tower, an old fort up on a cliff (complete with canons that have never been fired), town hall, etc. This is a city we won’t be able to see because our tour is out of town, an hour and a half away. It is the major automobile and automobile parts producing area in Africa. Most recently the Chinese have set up a truck manufacturing plant here. As our tour guide said, there are pros and cons; they import all management and all labor, and interestingly, heavily robotics automated. Many cars were in the port area.

So where did we tour this day? Schotia Safaris Private Game Reserve.

As we learn from our tour guide on the drive to the reserve, unfortunately, poaching continues to be a major issue for rhinos horns and elephants tusks. Secondly, hunting has all but decimated the wild animals in this eastern section of South Africa. Thus, ADDO Elephant National Park and various private game reserves were established many years ago to protect the wild animals, allowing them to still roam free and live in their natural-but-sized-constrained habitats. This includes, eating their natural food (not being fed) and roaming mostly where they want. Even the lions are allowed to hunt; managed hunting by the lions is used to cull the herds of their natural prey, a necessary trade off for modern survival of both predator and prey given the limited space available. Herd management is something we are familiar with since it is used to manage the American Bison population in the US, but in that case, the culling is done by man. Perhaps one day the Bison will be culled, more in accordance with Nature, by the growing population of wolves?

A couple traveling in the same overland vehicle as us, explained that when they lived in South Africa near Krueger National Park 30 years ago, there were many more animals to see. They claimed that the only place now to see the large herds and animals in the open bush is in Botswana. Otherwise, they said, the animals are all being protected now in the National Parks or Private Reserves. This confirms what we heard from our tour guide.

We don’t want to sound negative about this amazing experience of a day safari on a private game reserve so please read our comments as descriptive rather than as complaints or laments. Many people (not us) were disappointed by the number of animals they were able and not able to see. It did seem a bit organized, which makes sense when there is only so much land for the animals to inhabit. Cunard offers the tours and people sign up. Did these same people know that they would be in wheelchairs, using a cane, unable to climb up into a Land Rover, not ambulatory enough so the guides must help them into the Rover as they complain about their aches and pains? We think the answer is yes. Which then makes us think we were on a “Make-a-Wish” outing for very senior citizens who had a dream to go to South Africa on safari. If you ever have the opportunity to do a safari – DO A PRIVATE TOUR ON YOUR OWN – then you can slow things down to your speed, and your moaning, groaning and complaining will be heard by only your spouse, your guide and the animals.

It is wonderful that the Bean family gave up their farm land to become the Schotia Reserve to save animals. And this original farmland- called Orlando (how weird is that!) – is still being managed as a safari business by the sixth generation. Steve and I couldn’t help but note how much the color of the land, the nature of the soil, the rolling hills and the foliage was so much like the farm and ranchland of Western Oklahoma. We even spotted a Scissortail Flycatcher, the state bird of Oklahoma. Almost forgot we were in South Africa! 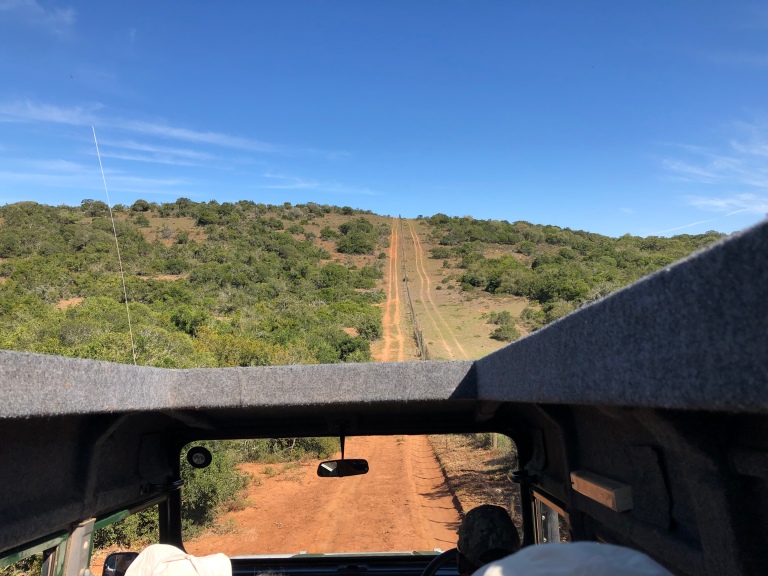 We board a Land Rover outfitted for 9 passengers with an open roof. Our ranger/driver Robert did a great job of taking us to where the animals were and providing lots of information and answers to our questions.

The Land Rover experience was great for the pushy man I sat next too. He leaned on me, he said because it was so bumpy and he would hardly let me stand up to take a picture at first – until I ‘mentioned’ he was hogging the viewing and to quit leaning on me. #metoo? Fortunately, Steve was in a seat where he could easily stand up to take photographs. #photobombersteve? (Note: Pictures in this blog post are mostly Steve’s!)

We backroad around finding animals for 2-1/2 hours in the Land Rover in the morning. Then we had a short break before we backroad around for another hour to search for lions and to see other animals that can cohabit with them. Inside a lapa (a thatched structure out in the bush), seated at tables, we are served a lunch buffet consisting of lamb stew, barbecued chicken, tasty biscuits, veggies and a dessert. And an open bar serving among other things, the local beers – Carling Black Label and Castle. 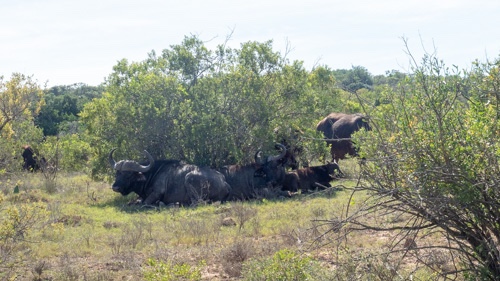 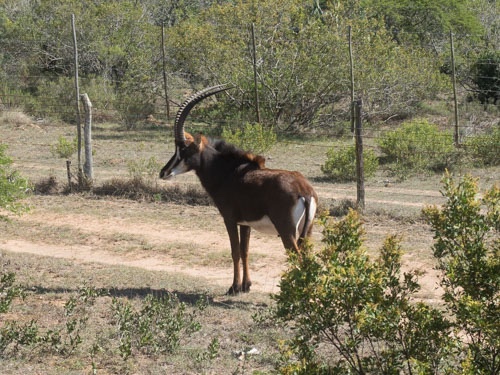 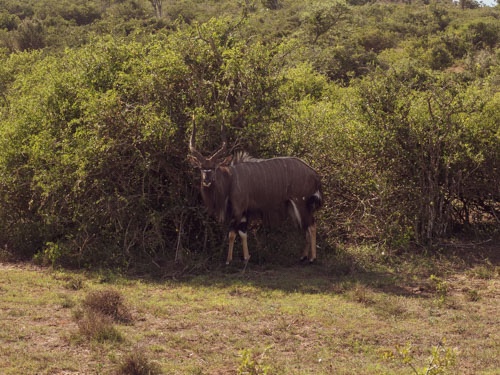 Again, this was an amazing experience for a day. How amazing it must be to be further inland somewhere and to stay overnight with the sounds of the wild and the stars at night. 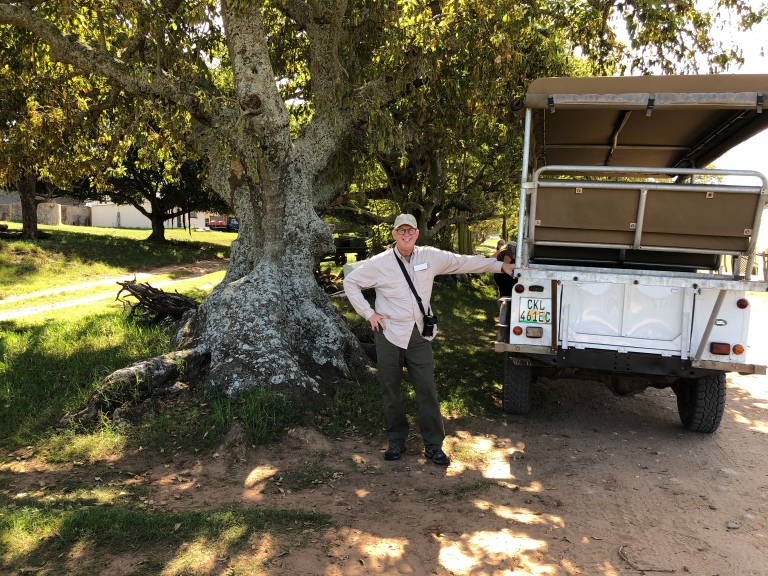