Another early morning docking in a commercial-type port, Port Louis, Mauritius. A remote island in the Indian Ocean near Madagascar and just north of Reunion where our ship will take us tomorrow. 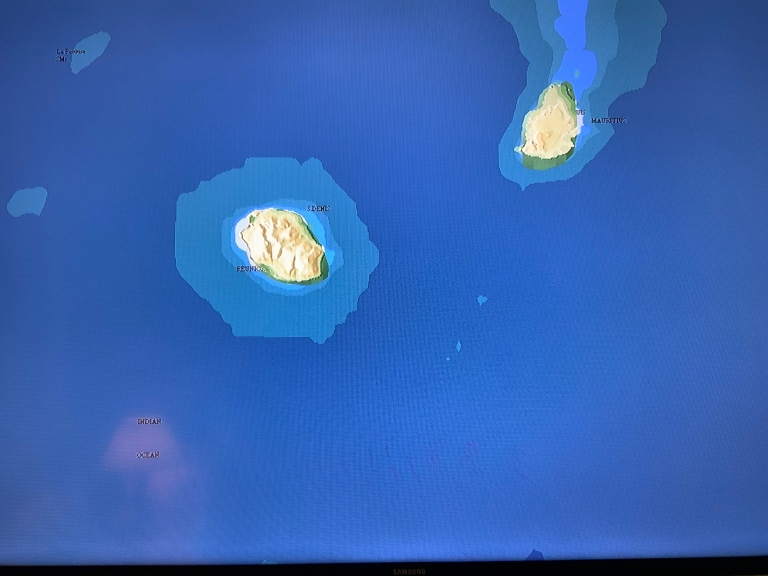 The city is lit up by the sunrise and our tour today is taking us to the Southern part of the island. And while the island does not seem that big, our tour will take us all day. It’s a volcanic island surrounded by coral reefs. The population is just over one million. They still have sugar fields here. Of course tourism is an important part of the economy as well. 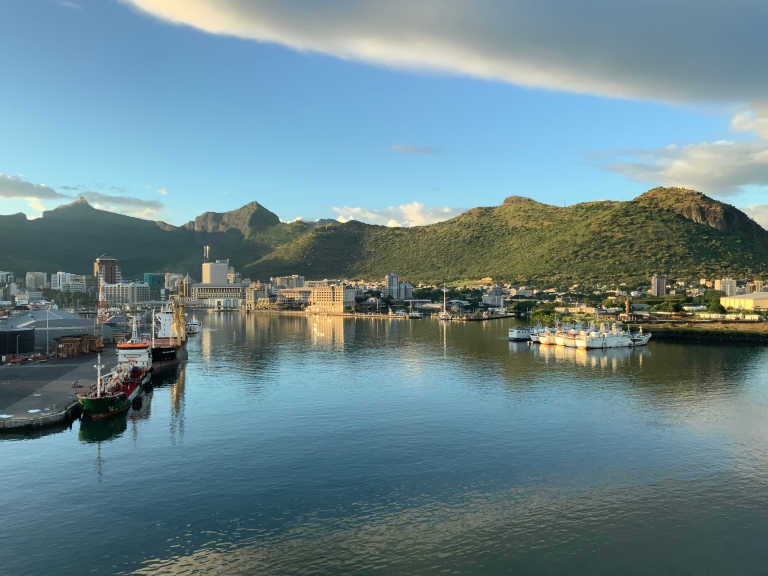 The island is quite diverse because of its history of trade – Arabs, Portuguese, Dutch, French, British and even Chinese traders all were here and remained. The Dutch introduced sugar-cane plantations in the 1600’s and the French reestablished them in the early 1700’s. 40% of the sugar plantations still exist as do 3 of the sugar refineries. Indians from various parts of India were brought here mostly as slaves and remained. However, the tour guide said they are having labor shortages – sound familiar.

The largest religion is Hindu with more than half the population practicing. We visit a Hindu shrine to Shiva. Along with the huge statues, there is a lake declared holy so the people would have a place to wash themselves during holy holidays. There are many of the Hindu god statues and a temple as well. In fact too many to load all the pictures here. 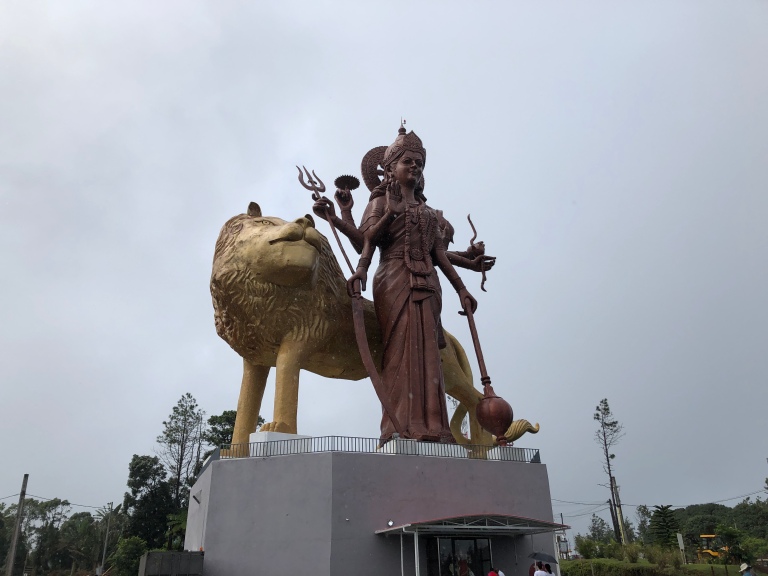 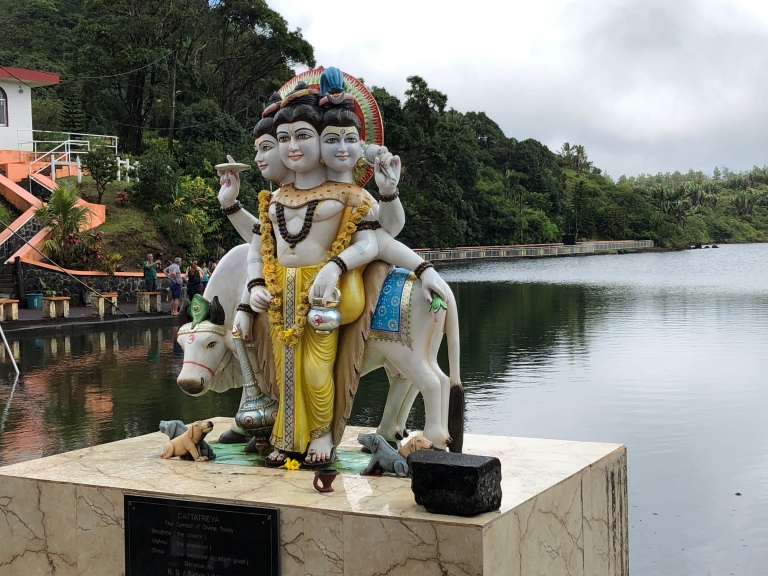 The island became an independent country in 1968 and a republic in 1992 and yet still is part of the British Commonwealth. The official language is English although French and Creole are used by the people in everyday life on the island. The billlboards we see along the road from our bus window are in both English and French. 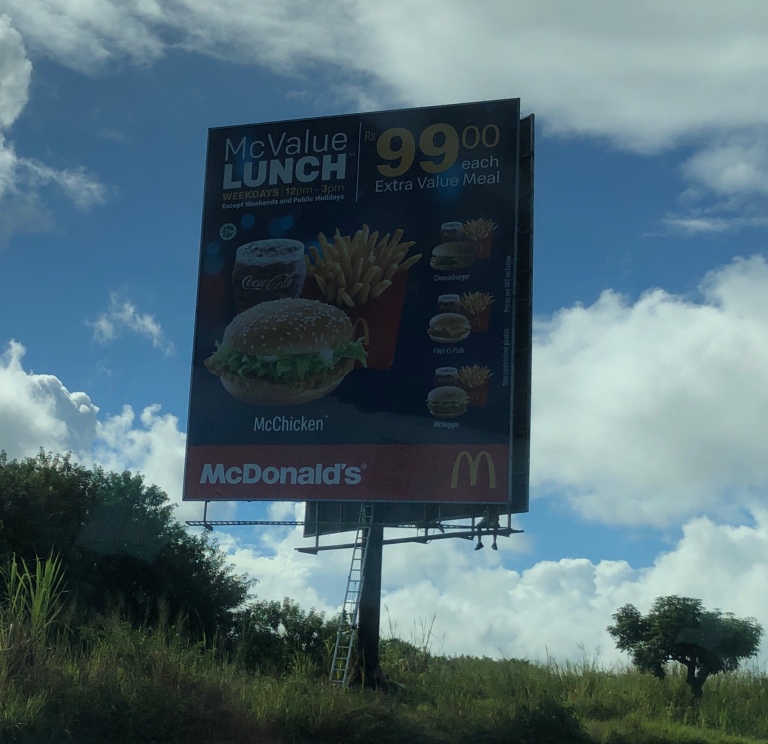 Not too far from Port Louis is Cybercity – a new financial and technology development area to move these businesses away from the center of Port Louis to make it easier for people who commute to work there. Yes, even Mauritius is feeling the global growing pangs of our world economy. 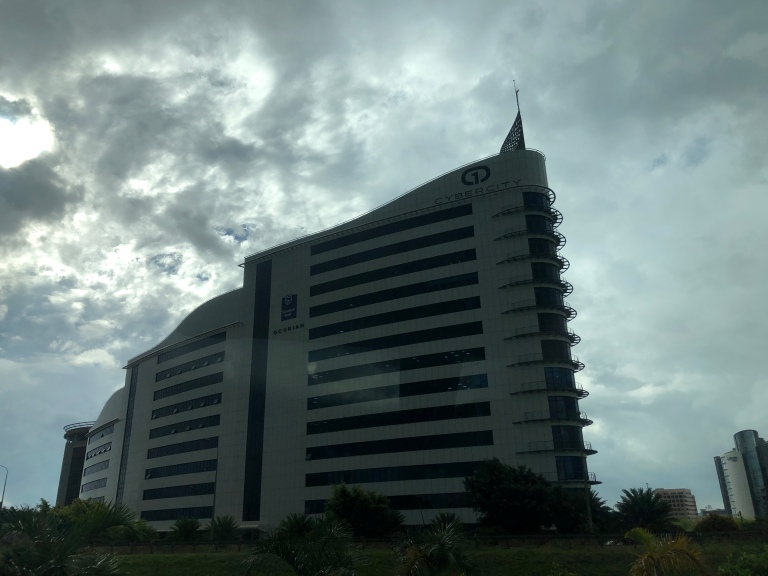 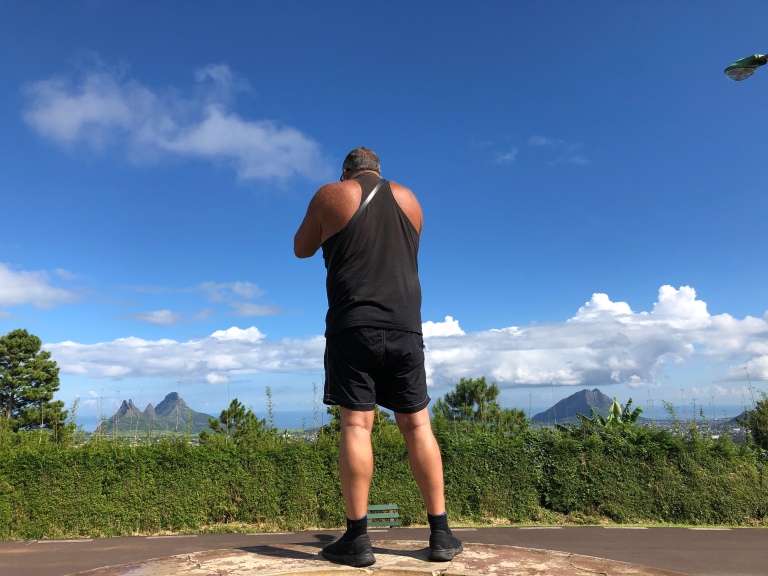 This island turns out to be a gem (as always photobombers!). Our tour takes us to their National Park and to various scenic areas, quick view of another Hindu temple and a lovely lunch (Indian curry and a vegetable dish called Chou Chou, made out of Chayotes, I think) in a restaurant on the side of a mountain. It reminds both of us of Hawaii and the Caribbean islands made of Volcanoes. 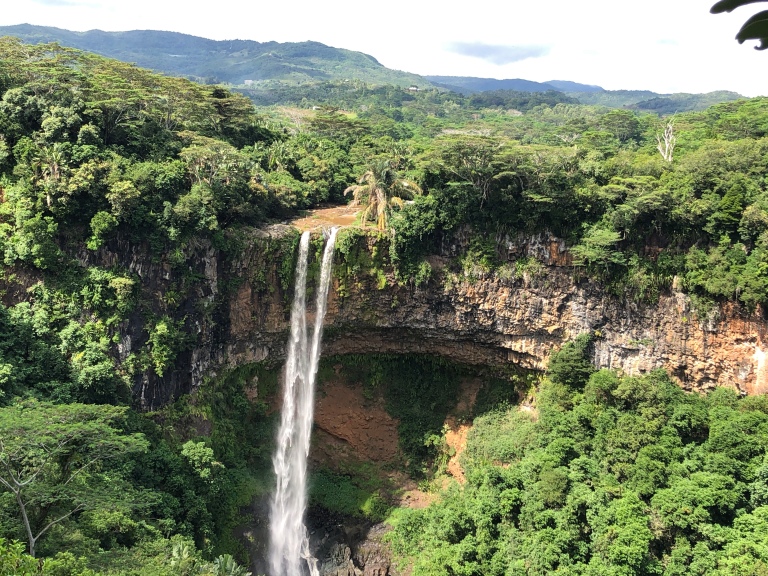 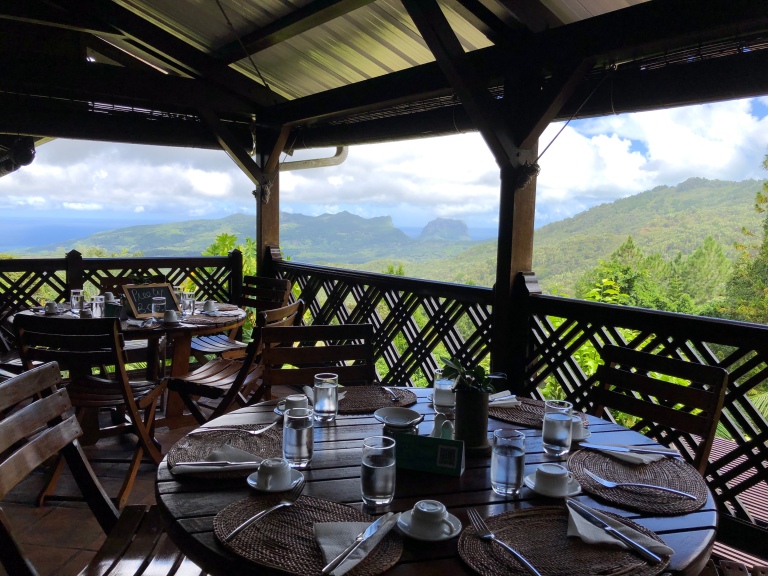 Yet, here we are in the Indian Ocean – feeling blessed. Back on the ship with all the comforts of home including our iPod and speaker listening to “Southern Cross” and “Deja Vu.” What an amazing world! Similarities and yet people are all the same no matter where you go.

These are just a few pictures from our day where we feel like we’ve been before.